Lenovo showcases ‘the world’s first foldable PC’ at CES 2020 featuring a durable 13.3-inch screen that can be folded in half like a book

By Michael Thomsen For Dailymail.com

Lenovo is showing attendees at this year’s CES in Las Vegas an ambitious new laptop, which the company describes as ‘the world’s first foldable PC.’

Called the ThinkPad X1 Fold, the device appears at first glance like a normal tablet featuring a 13.3-inch OLED screen.

When coupled with an external magnetic Bluetooth keyboard and set on its side with a builtin kickstand, the Fold can be used like a standard laptop.

Users can also literally bend the screen in half, either folding it closed like a book, or bending it to a 90-degree angle.

Scroll down for video

For instance, users can connect to a video conference call on the upright part of the screen, while having a spreadsheet or word processing document open on the bottom half.

The Fold will also have a virtual keyboard that can be pulled up at any time in case the external keyboard is unavailable.

Lenovo says the Fold will retail for around $2,500 and will be available in mid-2020, though an exact date has not been finalized. 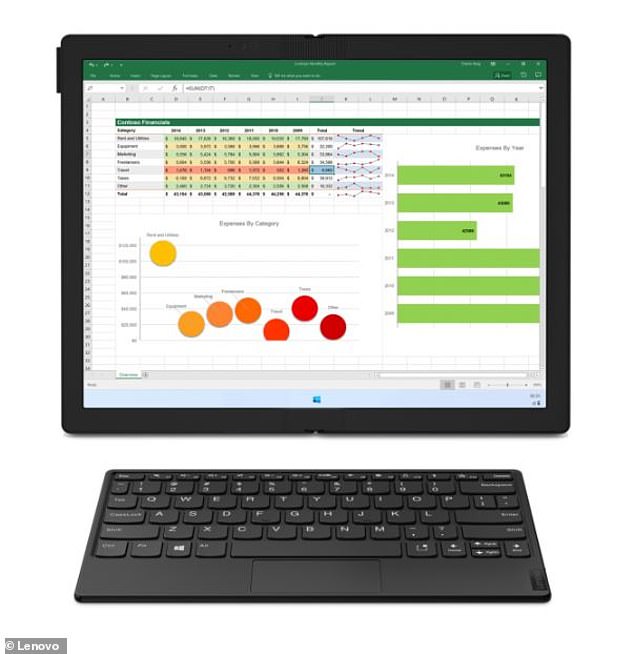 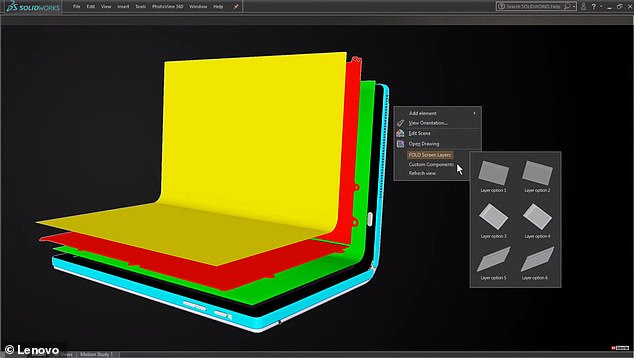 The Fold will also come with a leather folio cover to give it the appearance of a planner or personal notebook when its folded in half.

The company engineered the device so that a small gap just big enough to store the external Bluetooth keyboard when the device is folded shut. 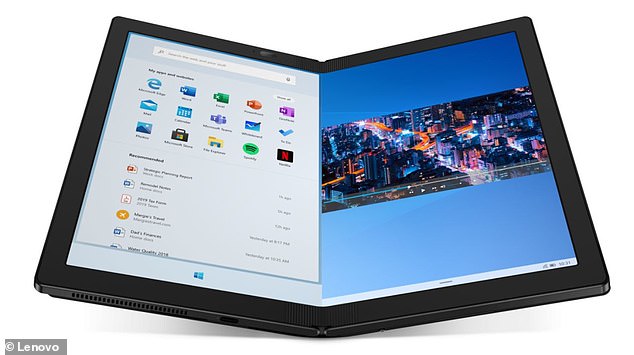 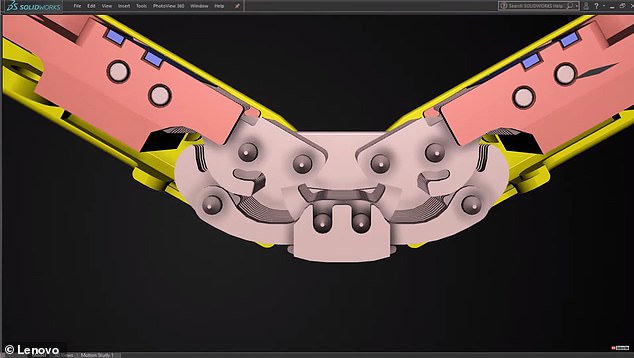 The Fold was designed around a proprietary four-point hinge mechanism that pulls the screen flat when it’s fully opened, ensuring the screen doesn’t bubble or warp

The screen itself is actually a blend of six different layers of plastic and metal framing material, designed to make the screen both flexible and durable.

Lenovo says the screen has a hardness rating of 6H, which a company representative told Gizmodo will make the device much more durable than the Samsung Galaxy Fold.

The fold built is around a four-point hinge system that connects two carbon-fiber plates.

To avoid any bulging or buckling in the screen, the hinge has been designed to pull both sides of the screen flat when fully extended.

Because of the uniquely thin housing, Lenovo developed a custom cooling system that combines a thin fan, a heat sink, and a heat spreader.

The Fold will offer an 11 hour battery life and weigh just 2.2 pounds.

To preserve the Lord Howe woodhen from extinction, scientists exterminated all of an island’s rats

‘Give credit to his mother!’ Maurizio Sarri jokes that he is...

‘Give credit to his mother!’ Maurizio Sarri jokes that he is...

Bloodsucking worms found in Florida rattlesnakes for the first time

Surfer loses his Apple Watch and is reunited with it SIX...