By James Pero For Dailymail.com

Chinese tech giant, Huawei says it’s rivaling the likes of Samsung in its bid to popularize a new line of premium smart phones with a folding display.

Samsung initially claimed that it sold 1 million units last month, but quickly backtracked on that figure.

While it’s not altogether surprising that Huawei, one of the top three biggest purveyors of smart phones across the globe, was able to sell 100,000 Mate X’s per month, it’s yet another vote of consumer confidence for folding devices.

Last month, one of the most anticipated new folding phones, a revamped Motorola razr that folds vertically like a retro clam shell device, was forced to slightly delay its launch due to unanticipated demand.

As for the Mate X, Huawei says it’s already planning to release an upgraded version of the premium folding phone.

According to Richard Yu, Huawei’s leader of consumer business who spoke to Frandroid, a french site that covers mobile phones, last month the Chinese tech giant plans to release a modified version of the Mate X in early 2020.

The next iteration will reportedly come with an improved hinge, stronger screen and a faster processor. 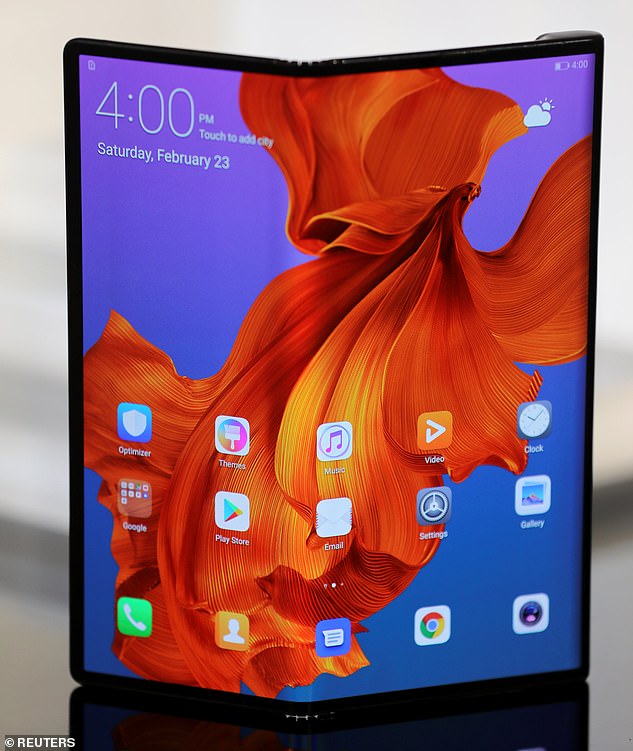 A redesigned Mate X is expected to released this year. It’s unclear what the device’s price tag will be as the current versions already costs $2,400

Hopeful customers in Europe also got some good news as the company is reportedly planning to bring the folding phone, which is currently only available in China, to market there in 2020.

The company began shipping its Mate X in China on November 15 and told The Verge that it is was in the process of outlining plans for an international release at the time.

Huawei’s Mate X is among the first phones to pioneer a new breed of folding device and comes with a collapsible screen that can be used in two configurations.

When open, the display spans 8 inches and appears closer to a tablet. While closed, the phone folds onto itself for a more traditional-looking 6.6-inch display.

The biggest question for the Mate X will be durability since the phone’s screen wraps around its hinge on the exterior instead of folding inside.